Have you been convicted of more than one crime, completed your sentence, and simply would like to move on with your life? If so, you may be wondering how many records can you get expunged? Well, technically, you can expunge all your qualifying records. However, the full answer is a bit more complex. In the state of Indiana, you can only request expungement once, and every record that you would like to have expunged must be listed in your petition. Once your qualifying records have been expunged, you cannot seek expungement again in the future, unless it is an expungement of an arrest that did not lead to conviction, otherwise known as a Section 1 expungement.

Given the intricacies surrounding expungement and the sealing of your criminal record in Indiana, it is important to understand the legal process and how many of your records you can have expunged. Additionally, if you are planning to request expungement, it is critical that you work with an Indiana expungement attorney. The Indiana Expungement Attorneys at Keffer Hirschauer LLP can help you determine your eligibility and gain the assistance you need to correctly file all your expungement requests.

Expungement is the legal process of sealing certain records of your criminal history. This process restores certain civil rights and allows you to move on with their life. Once your criminal records are sealed, they will no longer show up in public databases. This prevents a potential employer from asking about a prior arrest or criminal record and allows you to legally “deny” having a criminal background. It should be noted, however, that Section 4 or 5 expungements will remain in the public records but will be clearly marked as “expunged.”

The laws surrounding expungement differ from state-to-state. Most states only allow for limited misdemeanor and felony expungement relief, while a handful of other states are even more limited in scope. Indiana law, however, provides some of the broadest expungement relief in the entire country. In our state, there is a process for expunging the records of nearly all misdemeanors and most felonies. 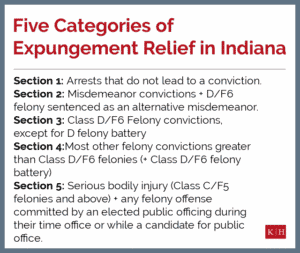 Which Records Can Be Expunged in Indiana?

In Indiana, only certain records can be expunged and sealed. These records generally include court files; files of the Department of Correction; files of the Bureau of Motor Vehicles; and files of any other person who provided treatment or services to the petitioning person under a court order. 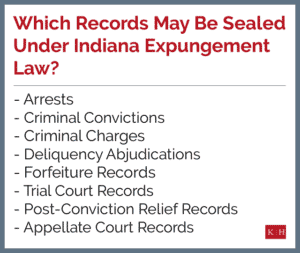 Can Juvenile Records Be Expunged in Indiana?

Yes, juvenile records in Indiana can be expunged, including arrests, dismissed charges, and juvenile delinquency. However, one common misconception is that all juvenile expungements are all automatic. This is not the case for several types of juvenile offenses. According to Indiana Code 31-39-8-3.5, a juvenile may not be granted automatic expungement if convicted of a firearm or handgun violation. They may also not receive automatic expungement if convicted of an offense that would otherwise be a felony if committed by an adult.

For qualifying juveniles, automatic expungements may occur when a child reaches the age of 19, or one year following the date of the child’s discharge, whichever is later. In this type of situation, “the court shall, on its own motion and without holding a hearing, order expungement of the records relating to the child’s delinquency adjudication that are not excluded under subsection (a) within sixty (60) days, unless the court finds, based on the nature of the delinquent act and the needs of the child, that automatic expungement under this section would not serve the interests of justice.”

Which Records Can Be Expunged in Indiana with Prosecutor Approval?

If you have been convicted of “serious felonies,” and meet all the eligibility criteria, the expungement of your record will require approval from the prosecutor. The phrase “serious felonies” is used to describe offenses that resulted in serious bodily injury to another person or offenses committed while being a candidate for or serving an elected public office.

Requirements for Expungement of Serious Felonies:

Which Records Cannot Be Expunged?

According to Indiana state law, there are several conviction records that, under no circumstances, can be expunged. These records include those of sex or violent offenders, under Indiana Code 11-8-8-5, as well as those convicted of official misconduct, under Indiana Code 35-44.1-1-1. Expungement is also not available for convictions of homicide, voluntary manslaughter, or involuntary manslaughter. Finally, if you have been convicted of two or more offenses involving the use of a deadly weapon, which were not committed as part of the same episode of criminal conduct, you are not eligible to expunge your conviction records.

How Many Records Can Be Expunged?

When it comes to the question of “how many records can you get expunged?” the answer is that while expungement is a one-time deal in Indiana, there is no limit to how many expungement petitions you can file. However, every record that you would like to have sealed must be listed in your petition, and if you want to expunge records in various counties, you will need to file a petition for expungement in each individual county. These petitions all must be filed within a one-year period, and all expungement petitions for a single county must be filed together at the same time.

If you have been granted expungement relief for a conviction and are convicted of a new offense those records would not be eligible for expungement. In fact, the prosecutor’s office may seek to unseal your previous records and undue your expungement.

Why is Expungement So Important?

Even if you have completed your sentence, and are back on the right path in life, your criminal record can continue to have a negative impact on your life. Your criminal record can be seen by anyone with access to the internet via the state’s online case history portal. This includes potential employers, landlords, and various professional licensing organizations. However, through expungement, you may have a better chance at starting a new chapter in your life.

Failure to Expunge Your Record May Impact…

Felony expungement in Indiana is also critical in restoring your gun rights. In 2019, Indiana Attorney General, Curtis Hill, issued an official opinion on the matter which stated, “… an expunction restores civil rights with no firearm restrictions. Indiana Code 35-38-9-10(c) specifically provides that an expunction “fully” restores the three core civil rights of a person and allows that person to be able to qualify as a “proper person” to obtain a license to carry a firearm without restriction. Because the Gun Control Act disqualifies convictions for which civil rights have been fully restored and no firearm restriction remains, an expunction of a felony conviction in Indiana renders a person capable of purchasing and possessing a firearm under federal law.”

However, it’s important to note that there is one exception to this opinion. If you have a felony domestic violence conviction, your firearm rights are not able to be restored through felony expungement in Indiana. Instead, there is a different procedural process that you would need to take which involves waiting five years past the date of your conviction before applying to have your gun rights restored. This process is completely different than expungement and would require the counsel of Indianapolis attorneys with expertise in restoring gun rights.

*Expunction is another way of saying expungement. It’s more commonly used in formal legal writing, such as in this case.

Begin Your Next Chapter in Life Through Expungement

Remember, regarding the original question: “How many records can you get expunged?” the answer is much more complicated than it seems. Rather than trying to navigate Indiana expungement laws on your own, it would wise to speak with one of the Indiana expungement attorneys at Keffer Hirschauer LLP. They will make sure your request covers as much of your criminal history as possible and that it meets the requirements of the Indiana Rules of Trial Procedure. Once your request is ready to file, your attorney will do so in an appropriate and timely manner. This allows you some peace of mind, knowing that you will not miss the deadline. 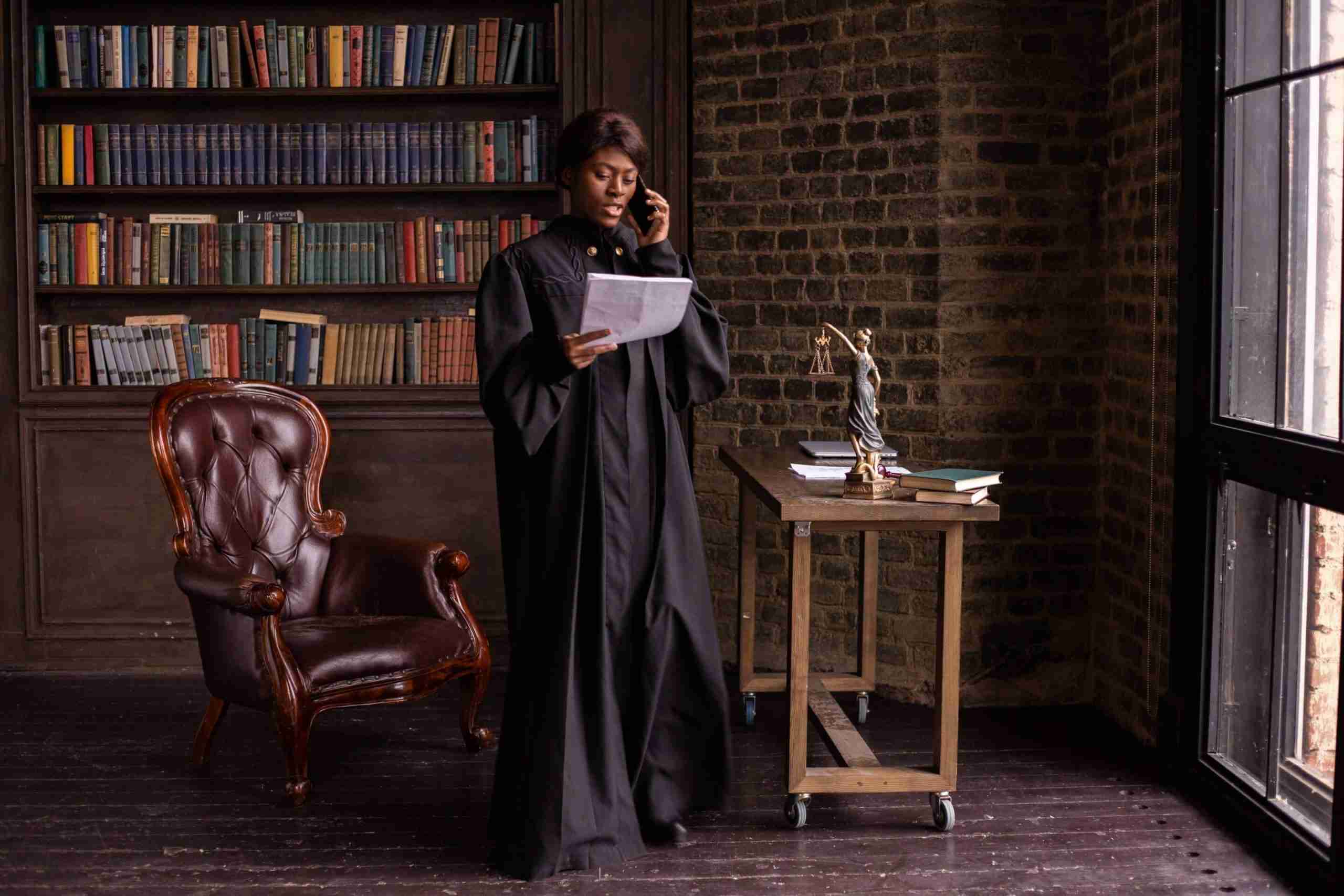 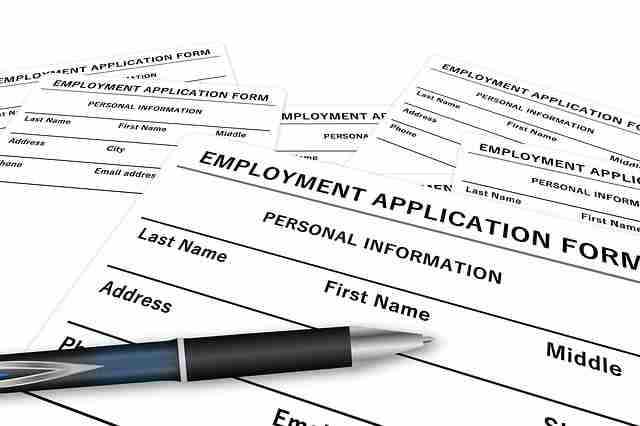 Why the Expungement Cost Is Worth It