Gun laws are often controversial, and the Indiana gun permit law is no different. The Indiana constitutional carry law has stirred up the common debate surrounding gun ownership and who should be allowed to carry a handgun without a license. Regardless of the ongoing debate, the Indiana General Assembly has spoken, and it is important for gun owners and users to understand the 2022 change to laws surrounding gun rights.

Generally, any Indiana resident over the age of 18 may purchase a gun from a licensed dealer as long as the individual satisfies the definition of a “proper person” as defined in Indiana Code § 35-47-1-7. An individual who meets any of the following does not meet the “proper person” definition:

Indiana Code § 35-47-2-1.5 imposes further restrictions on firearm possession or ownership, making such illegal if any of the following apply:

Federal gun laws, which override Indiana’s law, impose several requirements and restrictions and also bans felons from buying a weapon. Additionally, when purchasing a firearm from a licensed dealer, you must complete ATF Form 4473 and undergo a background check through the FBI’s National Instant Criminal Background Check (NICS), which verifies your eligibility to legally purchase a firearm. To make such a purchase, the buyer must still be.

Contact an Indiana gun attorney if you have any questions regarding who may buy a gun in Indiana.

The laws to buy a gun are relaxed, and now the right to carry is also less burdensome. Under the Indiana constitutional carry law effective in July 2022, Indiana Code § 35-47-2-3, if you are over 18 and do not have a felony conviction, you do not need a permit to carry. However, there are limitations on where you can carry the gun. No guns are allowed on:

The 2022 law also specifically allows privately owned businesses to prohibit patrons and visitors from carrying a firearm on business property. Cities, counties, and towns can also restrict firearms in any building with a courtroom.

Indiana Constitutional Carry and Carrying in Other States

In 2022, Indiana joined other constitutional carry states, but neither the possession of a valid Indiana gun permit nor new Indiana constitutional carry right, when it becomes effective, confers the right to carry in other states. However, Indiana has reciprocity with some states, meaning that the states honor each other’s handgun permits. As of July 2022, Indiana does not require a handgun permit, but the state you visit may honor an Indiana handgun permit, so having the license with you may help avoid any trouble or confusion. For the states with which Indiana does not have reciprocity, you risk being charged with a crime if you carry in that state without that state’s permit.

In short, while Indiana law changed regarding permitless carry, you need to verify the gun laws in another state if you plan to carry there. Should you fail to qualify to for the required permit in the state you are visiting, you may face gun-related charges if caught carrying.

Minors can possess and shoot firearms in more limited circumstances than adults in Indiana. Under Indiana Code § 35-47-10-1, a minor may possess or use a firearm in circumstances such as these:

However, the law also limits possession and use of a firearm by a minor in certain cases. Under Indiana Code § 35-47-10-6, an adult who provides a firearm to a minor who is ineligible for such possession for a reason other than age or who intends to use the firearm to commit a crime commits a Level 5 felony. The offense rises to a Level 4 felony if the adult previously violated this law and to a Level 3 felony if the child used the gun to commit murder.

Further, Indiana Code § 35-47-10-7 makes it a felony when a child’s parent or guardian permits the child to possess a gun while:

Violation of this section is also a Level 5 felony, which becomes a Level 4 felony if the parent has a similar prior violation.

Should an adult be found guilty of the above crimes, their sentence will depend on the severity of the crime. All felonies expose an accused to a maximum $10,000. Additionally, a Level 5 felony in Indiana can result in a prison sentence between one and six years, a Level 4 felony carries a penalty of incarceration between two and 12 years, and a Level 3 felony carries a term of three to 16 years.

The Restoration of Gun Rights in Indiana

While the regulations surrounding buying a gun and the Indiana constitutional carry are generally relaxed in Indiana, it is possible to lose your right to own or carry a gun. To restore the right to own, possess, or have a license to carry a gun, you must first identify the reason such is prohibited. There are three common reasons your gun rights may be impaired.

Petition for Restoration of the Right to Possess a Gun

Those convicted of domestic battery are prohibited from possessing a gun under Indiana Code § 35-47-4-7. However, five or more years following the conviction, such an individual may petition the court to have their gun rights restored.

The court may hold a hearing to determine whether the individual is still a threat to the victim of abuse. The court also considers the following factors:

An Indiana gun attorney can help you identify the best strategies for the restoration of gun rights after a domestic violence or related conviction.

Expungement of a Prior Conviction

Anyone convicted of a felony is prohibited from owning or possessing a firearm under federal law and Indiana law. However, expungement of the Indiana conviction restores the person’s gun ownership and possession rights.

To qualify for expungement, it must be five years from the date of a misdemeanor convictions and eight years for felony convictions. Additionally, the petitioner must not have any other convictions during the waiting period to become eligible for an expungement.

An experienced Indiana expungement attorney can identify your eligibility for an expungement, help determine whether you qualify for expungement, and help you navigate the process so that your gun rights can be restored.

Petitioning the Court for Return of Seized Firearms after a Hearing

The court decides whether there is enough evidence that the person is dangerous. Should the court determine that an individual is dangerous, it will order the police to retain the firearm, suspend the individual’s license to carry, and prohibit ownership or possession of a gun. After this decision, the dangerous person must wait six months to petition the court to return the seized firearms.

At the hearing on a petition for the return of seized firearms, the burden of proving whether the individual is still dangerous person shifts depending on the amount of time that has passed since the court’s initial determination. If it’s been less than a year since the court’s initial decision, the petitioner bears the burden of proof by a preponderance of the evidence. However, if the hearing takes place more than a year after the court’s prior decision, the prosecutor must prove that the individual is still dangerous by clear and convincing evidence. Should the court reject the petition, the petitioner must wait another six months to file a subsequent petition.

The return of firearms following seizure under the red flag law requires careful planning and preparation and is subject to strict waiting periods. An experienced Indiana gun attorney or Indiana gun permit lawyer from Keffer Hirschauer LLP has the experience to help.

Where to Turn for Help Protecting Your Indiana Constitutional Carry Rights

Whether it is difficulty understanding the Indiana constitutional carry, how to buy a gun, or defending your right to own a gun, having an experienced Indiana gun lawyer can help you through the legal process. At Keffer Hirschauer, LLP, the attorneys have experience navigating all aspects of gun laws and can help guide you through the ever-changing gun right laws. For a consultation regarding your gun rights, contact Keffer Hirschauer LLP at (317) 857-0160 or send us a message. 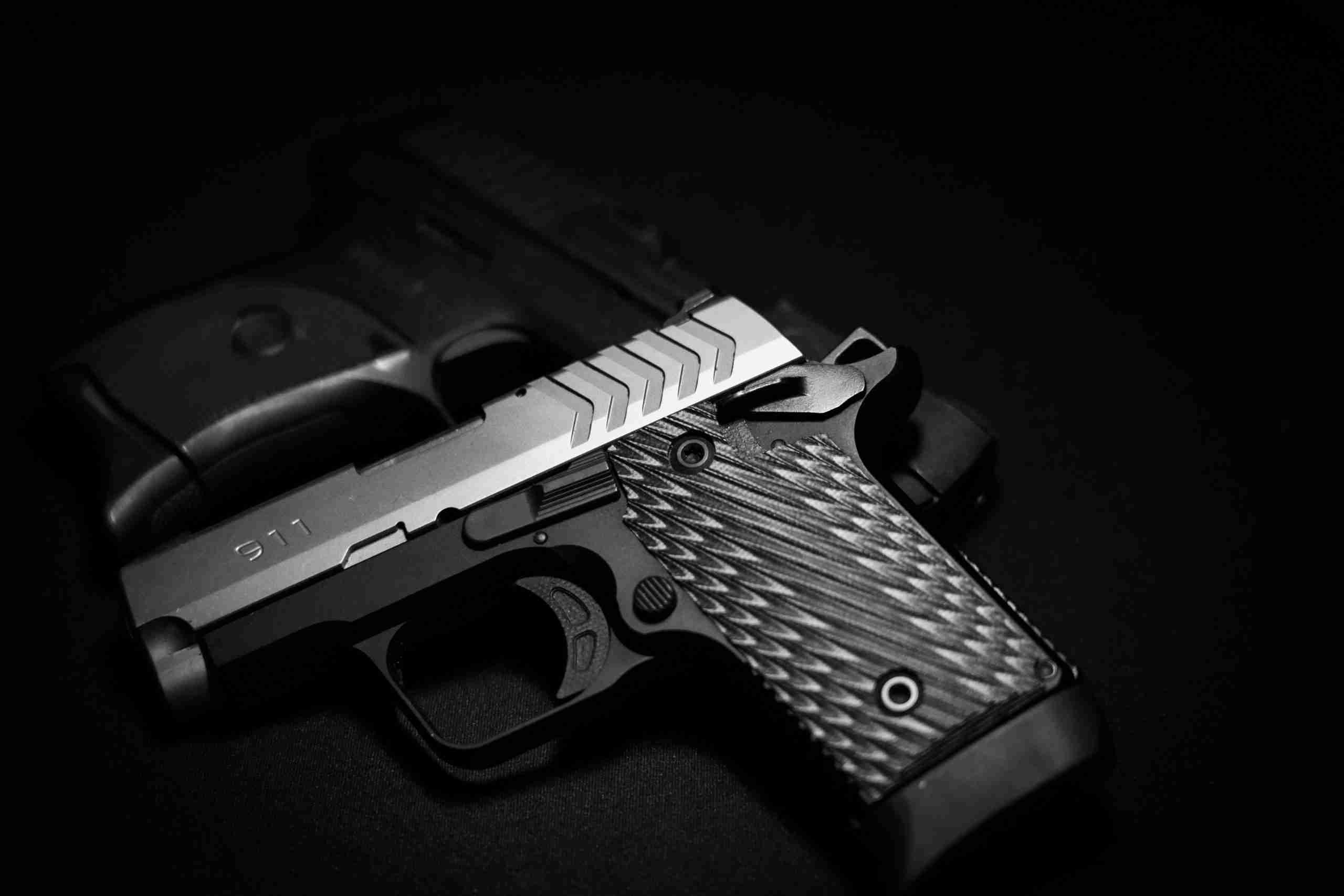 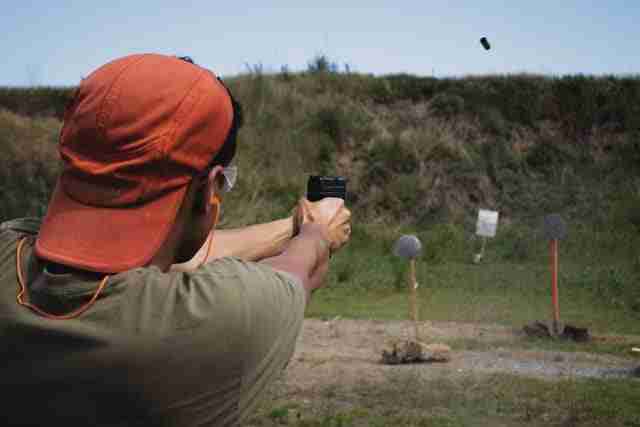 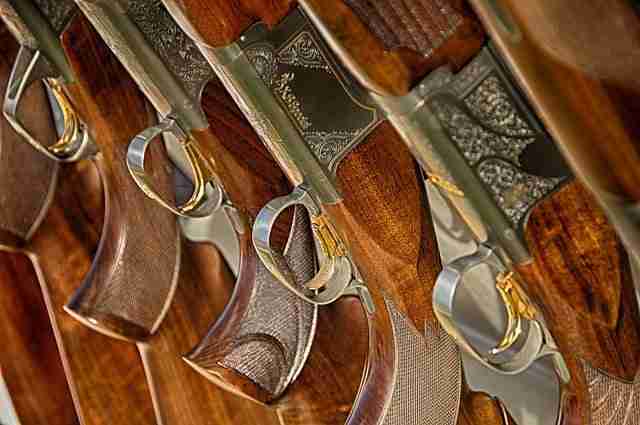 The Firearm-Related Challenge: Fighting for Your Rights