Since its inception 50 years ago, the goal of Title IX of the Education Amendments of 1972 has been to guarantee gender equality at federally-funded institutions by eliminating sex discrimination. Under these rules, college students, employees, and others participating in programs run by entities that receive federal funding have been promised to be treated fairly and equally as well as freedom of speech and the right to due process. However, the 2022 proposed Title IX rules could jeopardize these rights for some.

Under the 2022 proposed Title IX rules, institutional employees and college students facing accusations of sexual misconduct may find some of their rights compromised, specifically the right to due process. When you face prosecution by a university or other institution under Title IX, it is important to understand your rights and hold the university responsible for protecting them. The experienced Indiana Title IX defense lawyers at Keffer Hirschauer LLP have studied the proposed rules so they can help you understand their impact on Title IX defense.

How the 2022 Proposed Title IX Rules Could Impact Your Rights

Two of our most important fundamental rights include the right to due process to fully defend yourself from accusations and the freedom to express your opinions. Unfortunately, the 2022 proposed Title IX rules threaten to strip college students and education employees of these rights. All schools receiving federal dollars are subject to implementing and enforcing Title IX rules or risk losing out on federal funding.

To better understand what is at stake, it is important for students and others involved in programs run by federally-funded educational schools and institutions to know what protections are currently available and what might change should the proposed rules be adopted.

What Qualifies as an Indiana Title IX Case?

Title IX cases were intended to prevent sex discrimination at federally funded educational institutions (schools, colleges, and universities) that would impact a student’s opportunity to participate in educational programming. However, Title IX complaints are not limited to conduct directed at a student. The prohibition against sex discrimination protects employees, students, and anyone else who is a participant in activities or programs offered by federally-funded educational institutions. As such, claims can arise from conduct by the school, an educator, an employee, or a student.

The following situations are examples of conduct that could lead to Title IX complaints:

When someone reports an alleged instance of discrimination or assault based on sex, the school is obligated to investigate the claim and reach a decision on whether the conduct complained of violated Title IX. Each school has its own procedures, but all must comply with Title IX rules and regulations. The rule changes currently proposed could significantly alter that system, weakening protections that ensure a fair process. Defending against an Indiana Title IX case is best done with the help of an experienced attorney.

Currently, Title IX rules require live hearings and cross-examination in the proceedings to decide the merit of a Title IX complaint. If implemented, the 2022 proposed rules would permit a return to a single investigator model, minimize the evidence requirements, and allow investigations of sexual misconduct without a formal complaint. Under this model, the school may turn the investigation over to a campus administrator who will serve as the judge and jury in any Indiana Title IX case, resolving the complaint without the higher level of protections provided in a semi-adjudicative process.

The proposed rules allow the Title IX administrator to interview witnesses and determine the accused’s guilt or innocence without informing the accused of the investigation. Additionally, the accused has no guaranteed right to counsel.

Over time, federal court decisions have afforded the accused basic protections in Title IX investigations, including in-person hearings and cross-examinations. The proposed Title IX rules remove these safeguards. In doing so, the proposed rules would eliminate the presumption of innocence from Title IX investigations. In short, the 2022 proposed Title IX rules potentially would put a huge dent in the accused’s right to due process.

Due process is not the only fundamental right impacted by the newly proposed rules. Unfortunately, the 2022 proposed title IX rules also expand the definition of harassment to an extent that could potentially make honest mistakes punishable. In drafting the new rules, the Biden administration ignored the US Supreme Court definition of sexual harassment in favor of a more sweeping definition.

The original Title IX rule, drafted in 1972, states, that no one in the United States be excluded from participation in, be denied the benefits of, or be subject to discrimination on the basis of sex under any education program or activity receiving Federal financial assistance. The 2022 proposed Title IX rules would return to this standard, ignoring the Supreme Court definition of sexual harassment as conduct of a sexual nature that is sufficient in its severity, persistence, or pervasiveness to limit the ability to participate in or benefit from the education program or to create a hostile or abusive educational environment.

The new rule also widens the definition of “sex” to include gender identity. Under the newly proposed rules, universities can investigate and discipline students for not using certain pronouns and mistaking someone’s gender. For example, if a student mistakenly calls a female teacher “him,” they could potentially be subject to an investigation and punishment.

If you find yourself subject to an Indiana Title IX case, the consequences of a decision against you could severely impact your educational and or professional future. Contact our experienced Indiana Title IX lawyers to protect you from unfair or unjust investigations by universities and other institutions.

The First Amendment of the US Constitution protects citizens from government creation of laws that restrict their freedom of speech. Freedom of speech includes the right to have and express an opinion publicly. The First Amendment protects people from having their right to speech restricted or coming under prosecution for expressing their opinions. Freedom of speech is not limited to your spoken words but also includes your actions, written words, and other modes of expression.

Although the US Constitution guarantees free speech rights, there are limitations to your freedom of speech. For example, the First Amendment of the Constitution does not protect the following speech:

Expressing your thoughts is a fundamental right the United States Constitution provides. The proposed rules expand the definition of sexual harassment such that the expression of a mere joke, comment, or even a gesture could offend someone and result in a Title IX investigation. If you are the subject of a Title IX Investigation, our Indiana Title IX defense attorneys are ready to assist with your defense and help protect your free speech rights.

Due Process under the Fourteenth Amendment: Impacts of the 2022 Proposed Title IX Rules

Due process is a right guaranteed to citizens through the Fourteenth Amendment to the Constitution. Procedural due process provides individuals the right to notice and a hearing before being deprived of life, liberty, or property.

In 1975, the Supreme Court held that the right to public education is a property interest protected by the Due Process clause. As such, schools must provide notice and the opportunity to be heard before significantly disciplining a student or other individual under Title IX rules.

The Supreme Court aimed to protect students from erroneous punishment and acknowledged the right to education is important. The proposed rules allow schools to resolve complaints informally, without notice to the accused, the opportunity for cross-examination, and other safeguards found in the adversarial adjudication of a complaint. If your right to education or your employment at an educational institution is in jeopardy because of a Title IX complaint, you should contact an Indiana Title IX attorney as early as possible to begin the process of protecting your rights from the start.

When an alleged victim of discrimination under Title IX gives notice to the relevant school or university, the school or university must investigate the complaint. The proposed rules put the current process’s quasi-adjudicative nature at risk. However, either before or after the school performs its investigation and makes a decision in the Title IX case through the school’s Title IX procedures, the alleged victim may also ask for criminal charges or file a federal lawsuit seeking damages from the accused.

The prosecution of criminal charges arising from alleged sexual harassment comes with certain guaranteed protections, such as the Fifth Amendment right against self-incrimination, the right to counsel, and the right to cross-examine witnesses. Civil litigation has similar safeguards. However, the consequences of a conviction or a civil judgment against you can be severe, making early counsel from an experienced Title IX defense attorney critical.

In either a criminal or a civil case, an investigation (called discovery) of the allegations needs to be swift and thorough. Any documentation regarding the Title IX investigation and procedures could also be relevant. Both sides exchange the evidence found in their investigation.

Discovery is a good time to begin evaluating your case’s strengths and weaknesses. With the help of an attorney, you can start putting together the foundation of your argument and identify how you want to attack the other parties’ arguments.

Once discovery is complete, the parties have all the information necessary to begin working toward a settlement or other resolution. Should the sides fail to settle, they can choose to attempt an alternative dispute resolution before heading to trial. Most commonly, the parties will engage in mediation or arbitration.

When the parties choose mediation, they elect a neutral third party to work with both the plaintiff and defense attorneys toward an agreement on how to resolve the Title IX case. Mediation is generally non-binding, meaning the parties can walk away at any minute and are not bound by the agreement until it is in writing.

Arbitrations are similar to mediations as they also utilize a neutral third party. However, arbitrations closely resemble a trial as both sides present their evidence and arguments to an arbitrator or a panel of three arbitrators to decide the lawsuit’s outcome. Typically, arbitrations are binding, but the parties may agree to have a non-binding arbitration.

The parties head to trial if they fail to settle through negotiations or alternative dispute resolution. At trial, both parties present their evidence, including testimony from witnesses, to a jury or judge, who will then deliver a verdict. Trials can be overwhelming and involve many legal procedures most people are unfamiliar with, making the counsel and representation of experienced Indiana Title IX lawyers critical.

An attorney can help you present the best arguments to defend your position, properly interact with the court, and follow all court rules. During the trial, you may have to testify about your experience during your university or school’s Title IX investigation. Once the judge or jury returns their verdict, if the ruling is not in your favor, your only chance at recourse is to file an appeal.

The Constitution protects your right to a fair process when you are accused of a Title IX violation. However, the 2022 proposed Title IX rules threaten to remove some of the current safeguards—safeguards that are the cornerstone of civil and litigation procedures to ensure fairness in the process. For help understanding the new rules or defending against Title IX accusations at any stage of the process, contact the knowledgeable Indiana Title IX lawyers at Keffer Hirschauer LLP at (317) 857-0160 or send us a message for help protecting your rights. 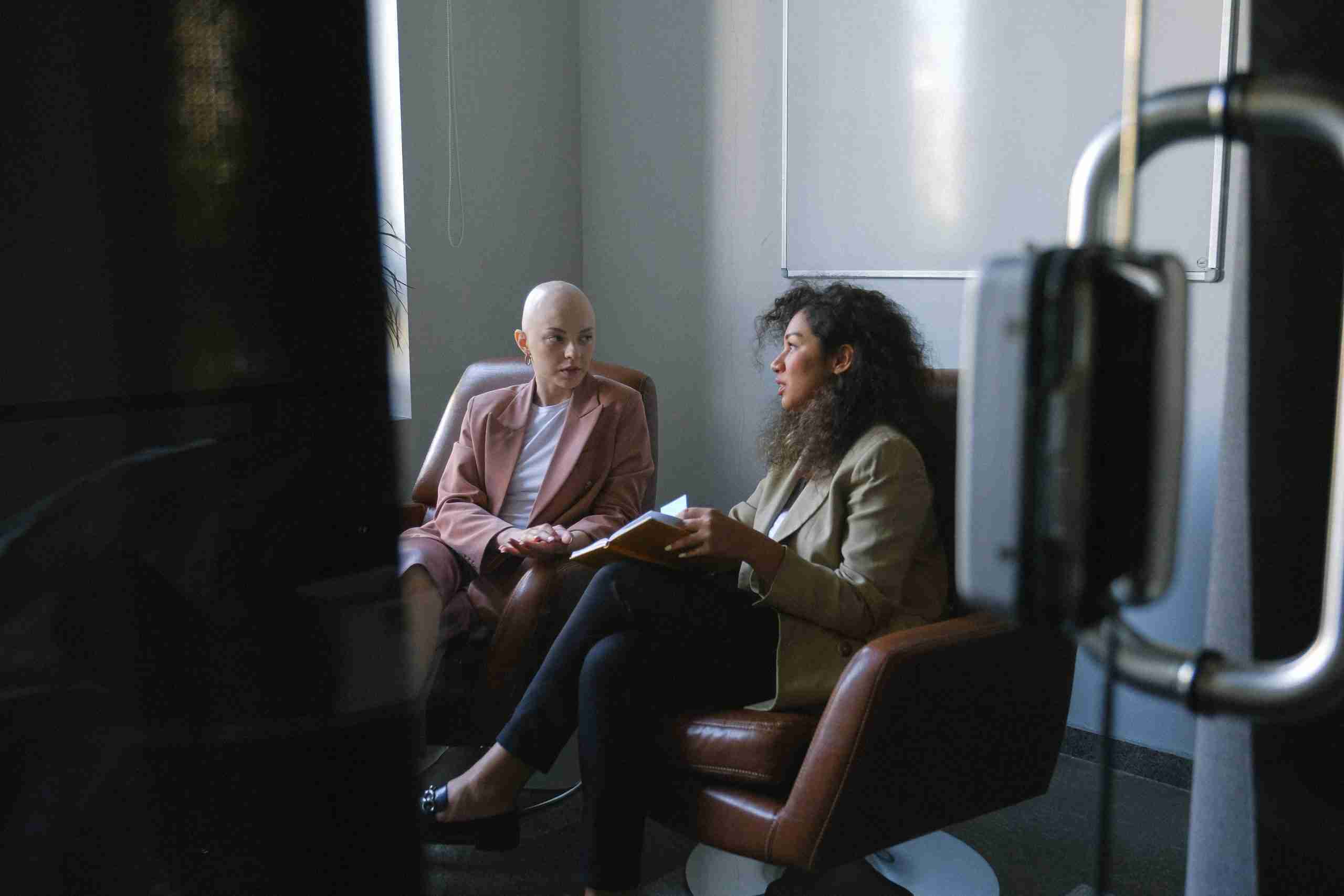 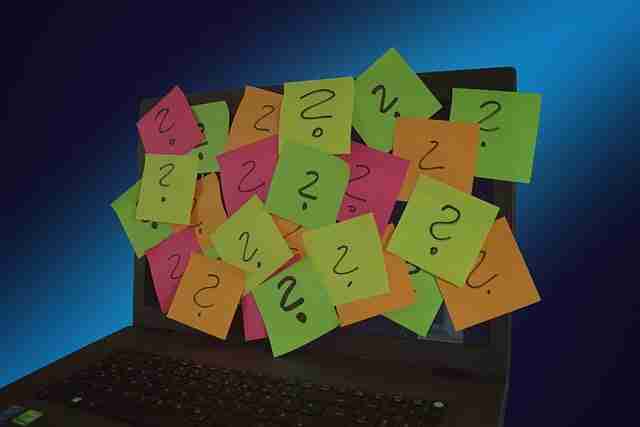